Words cannot fully describe the stunning view one has as he walks along the bridge over the Corinth Canal.

If you’re lucky to be there whilst a ship is sailing through the canal, it would totally take your breath away! 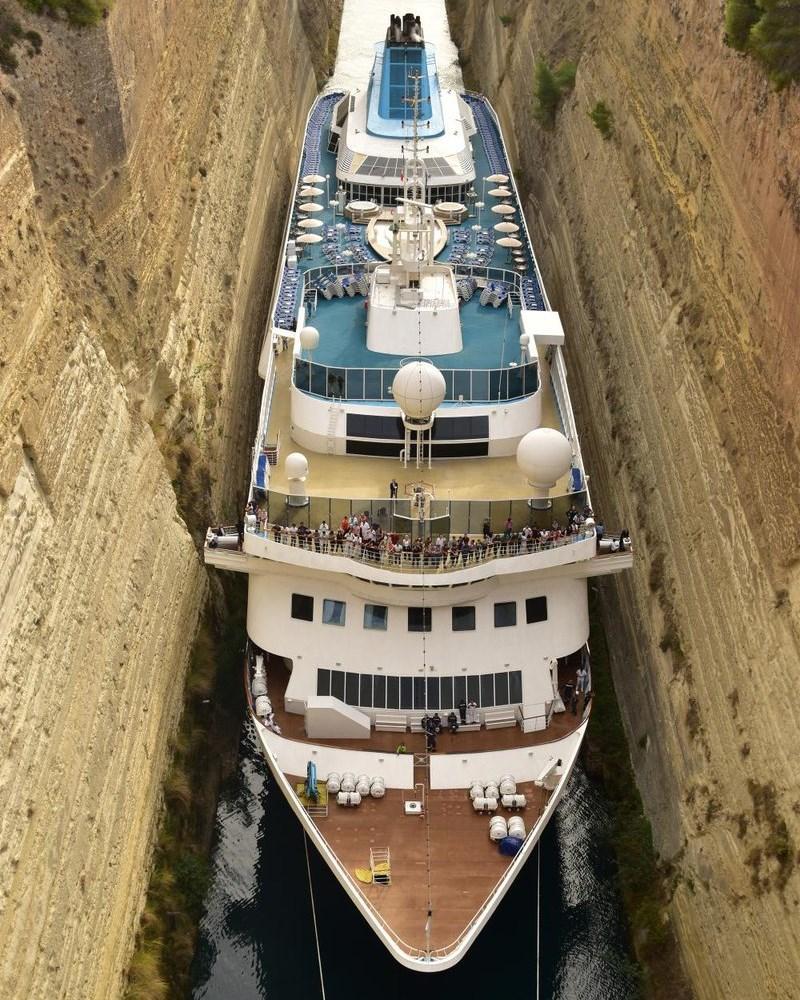 The Corinth Canal is a man-made ‘miracle’!!!

Works initially began in the 7th Century BC but work was halted many times for numerous reasons; political, financial, etc. until it was finally completed in 1893.

The first boat to cross the 6343meter long canal was built during the time that the Tyrant Periandros ruled the country.

(However, as you know, I will not go into too much historical information; it’s best to get that from professional historians.)

The depth of the canal is 24.6m at sea level but narrows down do 21m below sea level along the way.

This is the reason why smaller sailing boats – pleasure boats – are normally seen crossing rather than enormous ships.

Mind you, it wasn’t long ago when one such ship actually got stuck and traffic through the canal was halted for quite some time before engineers and other specialists found a way to help the vessel finally get through.

Apparently, it was due to a landslide which narrowed the opening; something unforeseen and unfortunate for the company the ship belonged to; the money spent to cover for damages and compensation, was immense!

Thousands of tourists visit the Corinth Canal on their way to the Pelloponese and stop to take photos of the spectacular structure, view and landscape from a height of 70 meters. For the more adventurous types, bungee jumping from the bridge is a must!!!

It’s a once in a lifetime experience and if you’re visiting Greece you should not miss the chance to take a dive between the rocky ‘walls’ of the Corinth Canal.

So, don’t forget to stop on your way to southern Greece – the beautiful Pelloponese – and admire this stunning bridge and take lots of photos to show your friends back home.