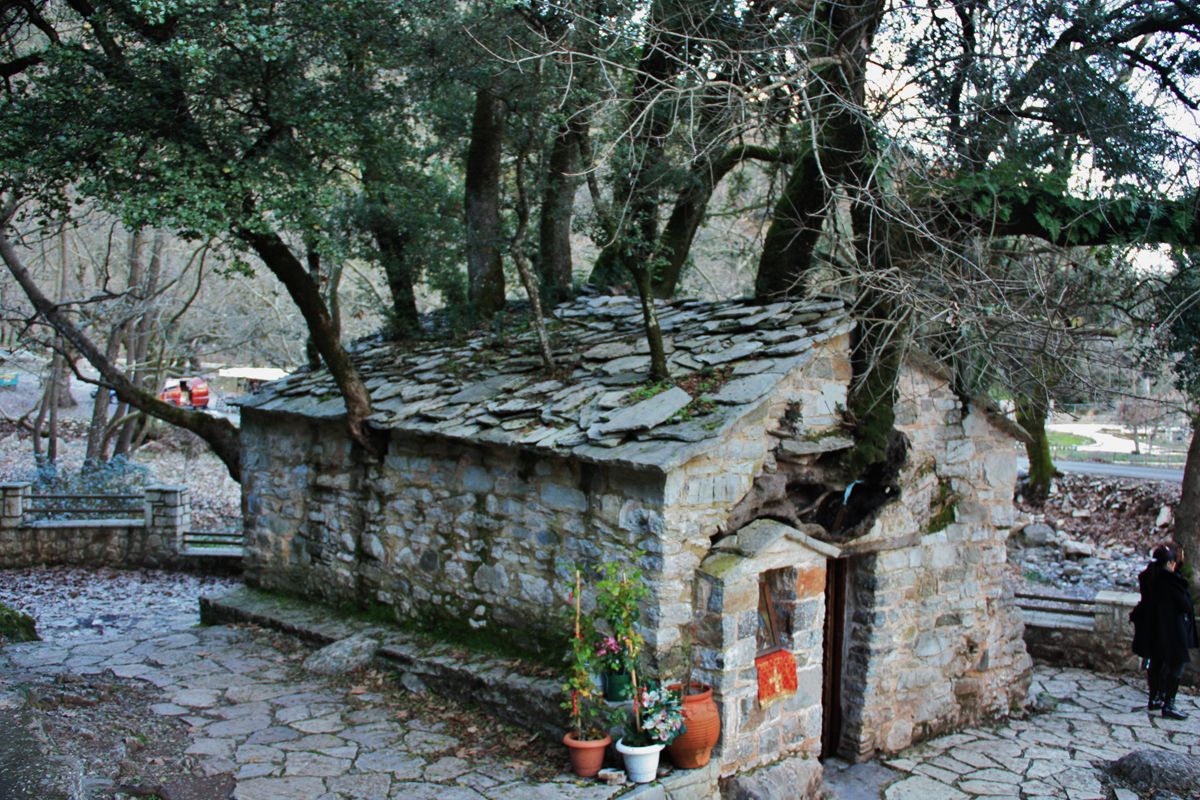 Scientists are baffled at what cannot be explained by the laws of physics; what is it then?  It cannot be anything else but a Miracle!

If you’re not a believer, then please explain how seventeen massive trees can grow from the roof of a tiny Church; and if I may add, a not so strong structure.

The roots of these seventeen (17) trees are not visible from the interior of this 12th Century stone-built church.

How are these trees watered and why hasn’t the force of the wind and gravity taken their toll on this small building?

Geologists, agriculturalists and environmentalists are all scratching their heads in search of some explanation.  The Orthodox Church has come to their rescue with the real story behind this unbelievable phenomenon.

During the Byzantine period, small towns and cities were independent of each other and had their own ruler and laws.  It was the law then, that all families were to send their eldest son to serve in the army.  If the family did not have a son, they had to offer the State a sum of money in order to pay off a missionary to represent the family instead.

Saint Theodora was the eldest daughter of a large family.  They were very poor and barely made ends meet; there was no way they could afford to offer money to the State.  With no son in the family, they came up with the idea for her, being the eldest, to dress up as a man and serve her country.

She (dressed as a he) was indeed very handsome.  Theodora served her country well and was soon promoted to a higher rank.

The daughter of a wealthy merchant fell in love with the “handsome officer” and begged for his attention.  Theodora did all she could to deter the young girl.  Insulted and feeling rejected, the wealthy young girl claimed to have been left pregnant by the officer Theodora.

Saint Theodora, not wanting to reveal her true identity; that she, herself was a woman and bring trouble to her family, faced the charges which were nothing less than the death sentence.

She was led to the woods where she was executed.  Minutes before her execution, she prayed to the Lord and cried.  Her last words were,” Lord make my blood become a rushing river and my hair as many trees as my age,” Saint Theodora was seventeen when she was executed.

A very modest stone Church was built at the spot and a river flows right next to it.  Seventeen huge trees grow from the roof defying all rules of physics, geology, science or gravity …

Every year, on the 11th of September, her Holiness is celebrated with a Mass at this small, humble Church at Basta of Megalopoli.  It is not an easy hike or drive there but it is well worth it.

People from all nationalities and religious beliefs arrive to marvel, pay homage, pray or just to see for themselves and try and explain how seventeen trees can grow with invisible roots from a small, somewhat dilapidated roof.