Who can deny the fact that Santorini – the island best known for its unique sunsets is one of the most beautiful islands and the most visited in the world?

Did you know that before the eruption of its volcano around 1600 BC the shape of the island was round?

The eruption was so great that all that was left, was the semi-circular rocky island we see today.  The tsunami which resulted from the eruption was so powerful that it hit the coast of Crete and completely devastated the Minoan Civilization.

The gaping caldera which lies in the depths of the Aegean is said to be the largest in the world and guess what? It is … active!!! 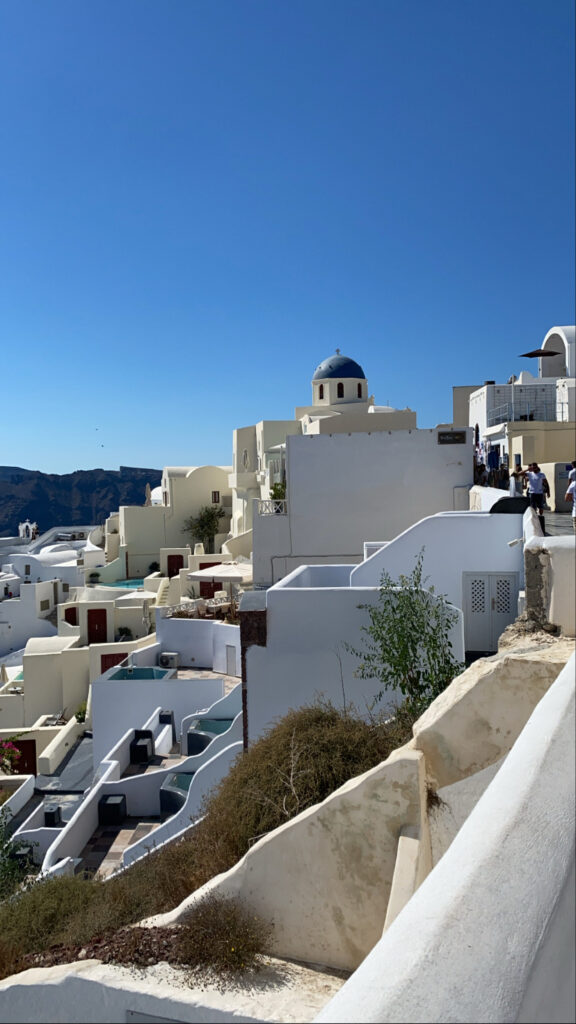 When my friend Anna suggested going there for a weekend, I thought it was not something I’d even stop to think about and jumped at the chance to finally go and see what it was that has placed Santorini among the top 10 islands of the world.

This was not going to be a romantic weekend; my friend is a reporter for a major travel agency; all she wanted to do was write an article about it and take loads of photos.  She needed to get the feel of her subject; she often does that before writing up on a place.

I thought we’d fly there, but no … she wanted us to sail there.  She called the shots and I followed; this was her project and I just wanted to tag along.

Upon approaching the port, I felt something so powerful … it’s inexplicable!

Magic? (I don’t believe in magic by the way.)

I was mesmerized to say the least.  In a trance-like state yet excited, I gazed around me at the island we were slowly approaching.

Could it be the Caldera below that emitted such an amazing power?

Was it only I who felt it?

Judging from the Ahhs and the Wows around me … I was not.

I told Anna that we’d just go about our own thing and meet at the hotel for dinner.  I wanted to give her space to work and I needed to do some exploring myself. We dropped off our small weekend bags at our hotel, which I could swear was carved out of the rock itself, the swimming pool seemed to be hanging in mid-air, becoming one with the bluest of blue seas below, and set off.

We both went our separate ways, she, holding her professional camera and laptop and I just my phone and a bottle of water. 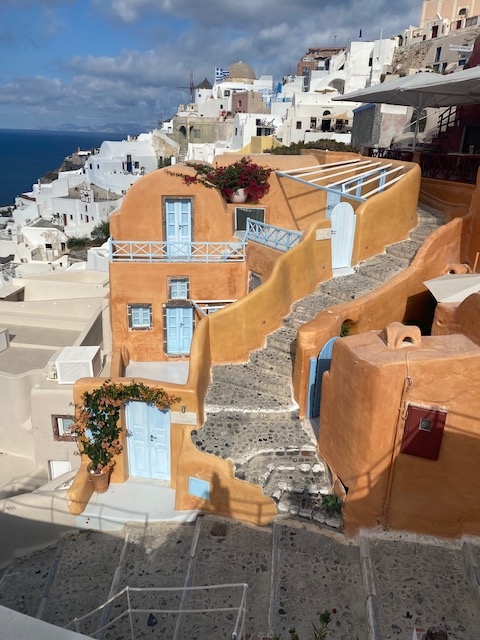 The island was so quiet; I only met a few locals on my way.  Tourism was almost to a zero with most countries under lockdown; Covid-19 left its mark everywhere – even on this beautiful island which welcomes thousands every year.

2020 will certainly be remembered as the year which brought more catastrophe than anyone could ever have imagined.

As I walked around, climbing the endless stairs, taking in my surroundings, I was awestruck!

To think that all this beauty is the result of such a vicious eruption … the greatest volcanic eruption ever recorded in history!

Santorini – also known as Thira – is the island where many a  romantic bride and groom wish to get married at.  They travel from all corners of the earth just to tie the knot in one of the many Churches there. 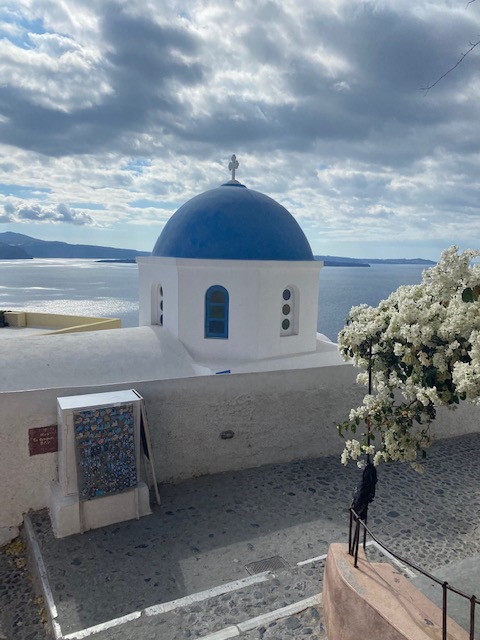 The weekend went by so quickly – there was just so much to see and explore.

It was finally time to leave.

We boarded the boat back to Pireaus at 3:15pm and arrived just before midnight.  A long voyage but so worth it.

Looking at all the photos I took, I made a promise to myself to visit again as soon as I possibly can.  Hopefully even spend about a week at least since there is still so much I haven’t had time to explore.  Till next time … then…