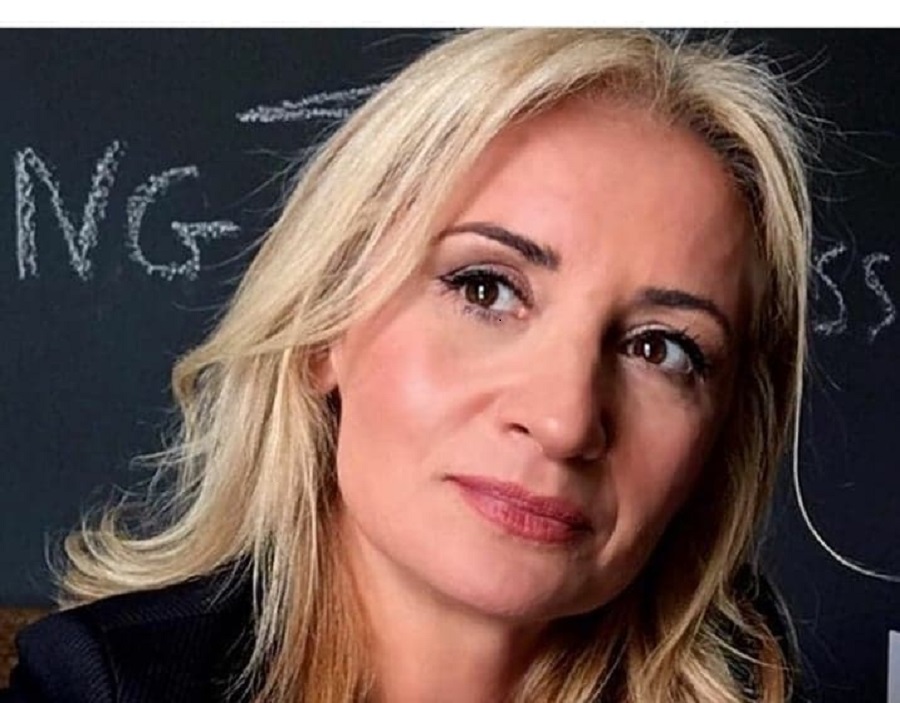 When asked to name a woman who has been most inspirational, not only for me but for thousands of people, there is only one name that stands out in my mind – Maria Polyzou!

The woman who has broken every record in not only running marathons, but in …. Running life!

At the age of 28, this young woman from Patra was the first Greek woman to take part in the long-distance running event at the 1996 Olympic Games in Atlanta.

She finished triumphantly holding a small Greek flag in her hand thus making a statement; Greece was present! 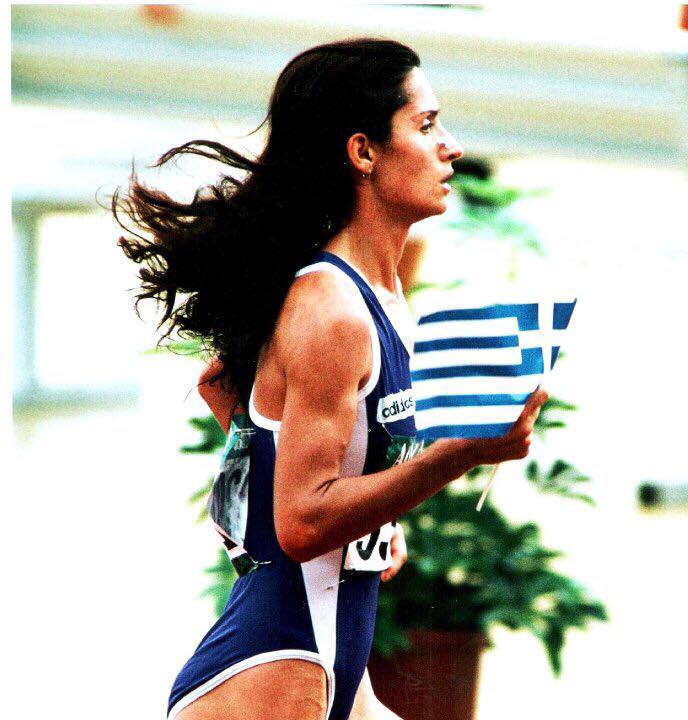 Seeing this petite girl literally flying through the finish line bearing the Greek flag and wearing the Greek colours – blue and white, brought shivers down the spines and tears in the eyes of not only all present at the stadium, but to millions of Greeks around the globe.

“The little sparrow” as she was nicknamed successfully finished the full 42.195km marathon 24 years ago and that was just one of her many successful marathons.

She was the first Greek long-distance runner to win the gold medal at the Balkan Games and set a new record too. 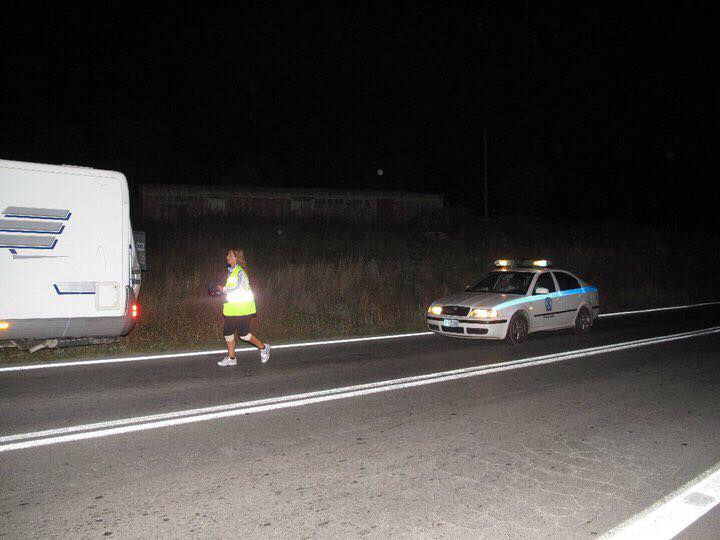 In 2010, 2.500years after the Battle of Marathon, Maria Polyzou decided she wanted to make Greeks the world over proud once again.

She felt it was an obligation towards Greece – a country which was fast falling into financial depression.

She needed to put Greece on the first page of major newspapers and have the world acknowledge the consequences of Greece defeating the Persians at the Battle of Marathon. 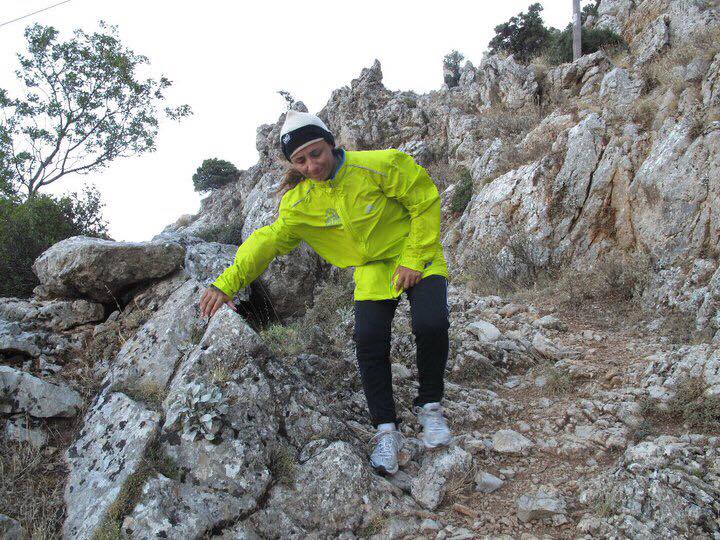 She decided and announced that she would run from Athens to Sparta and back to Athens again before finally finishing at the tomb of the heroes fallen at Marathon.

No woman had EVER accomplished such a feat before!

This was the route of Pheidippides, the runner who ran all the way from Marathon to Athens and then to Sparta to announce the defeat of the Persians.

Seconds after he barely uttered the words: NENIKIKAMEN (we have won) – he died.

He did succeed in delivering the message of triumph before taking his last breath! 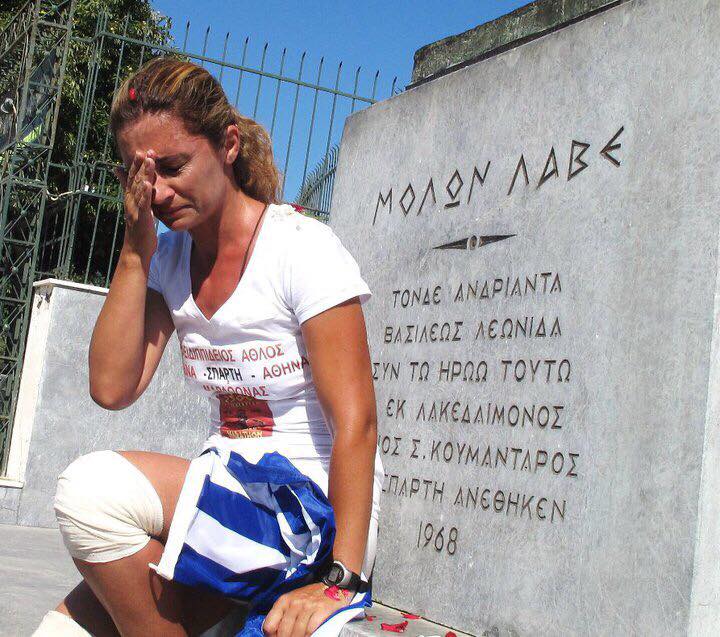 Maria Polyzou managed this unbelievable distance in one week.

She set off on the 26th July and arrived back to the Tomb of the Fallen Heroes at Marathon, on the 2nd August.

She ran despite the cruel heat waves of the Greek summer month, a high fever due to exhaustion, swollen knees and bleeding soles … she NEVER gave up, even when her companions begged her to.

She kept pushing telling them to stop wasting their time … she was determined to finish what she had started!

Nine years later, in 2019, Maria was called once again to do a marathon … this one though was a different kind – the toughest she had ever had to do.

She was diagnosed with breast cancer!

She used her experience to help so many thousands of women suffering like her.

She created a campaign “Run Your Life” and has given so many women the incentive to start running and fight this disease. 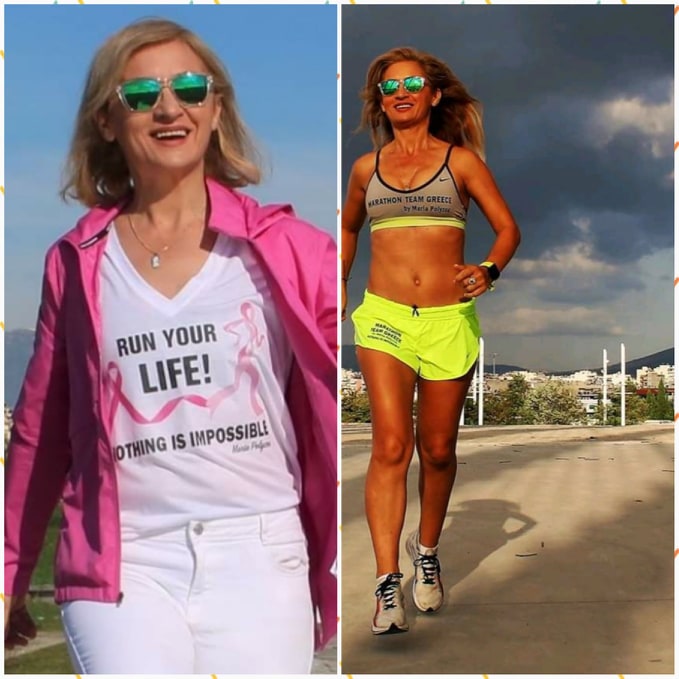 She never stopped training and taking part in races, throughout her 16 chemotherapy sessions and radiation treatments.

She visits the hospital with a smile and offers encouragement to others telling them that it can be tackled because Nothing is Impossible!

She says this again and again and has proven it in more ways than can be mentioned in just a small feature like this.

This is just the tip of the iceberg – you can visit her website and read all about her life and achievements, her training experience as coach of Marathon Team Greece, and so much more.

Her book, Body and Soul can be bought from Public.

I guarantee you that you will not want to put it down!

It is her own personal account of everything she endured during that week when through her pain and complete exhaustion, she passed the message to millions of people that … Greece stands strong through the ages and that if you put your mind to something, NOTHING IS IMPOSSIBLE!!!

A brave woman, an inspirational woman, a generous humanitarian … all in all   … Maria Polyzou is indeed a woman of great substance and is rightfully hailed as one of the greatest women of our country – Greece!

Zeimbekiko … A dance to DIE for!!!