theculturetrip.com - photo of the houses of parliament

You’re here and you want to see EVERYTHING!!! I believe a good starting point would be Syntagma Square.

That is also called Constitution Square – the main square in the centre of Athens, across the road from

The grand building of The Houses of Parliament.  This was once the palace of king Othon.  You can watch the changing of the guard there.  The tomb of the unknown soldier is guarded 24 hours a day by two evzones.

You can take photos of them or with them as long as you do not touch or speak to them.  They stand rigid … despite what may be going on around them.

To the right, along Amalia avenue is the entrance to the National Gardens – a walk through them would be most relaxing.  I love walking through them in summer when it’s so much cooler.  I sit on one of the benches with my coffee and snack, sometimes with a book too and take in my surroundings.  There is even a pond with ducks quacking away – a bit noisy but a lot of fun.

Visit Zappion Mansion which is to the south of the gardens and is quite an impressive Neoclassical building serving as a conference and exhibition centre.

Another place you should most definitely visit, is the Olympic Stadium.  It is also called the Kallimarmaro stadium.  If you are an athlete, you will know its importance already.  The first Olympic Games took place there in 1896 – it bears a magic of its own; one can feel it coming through the marble of which it is made. 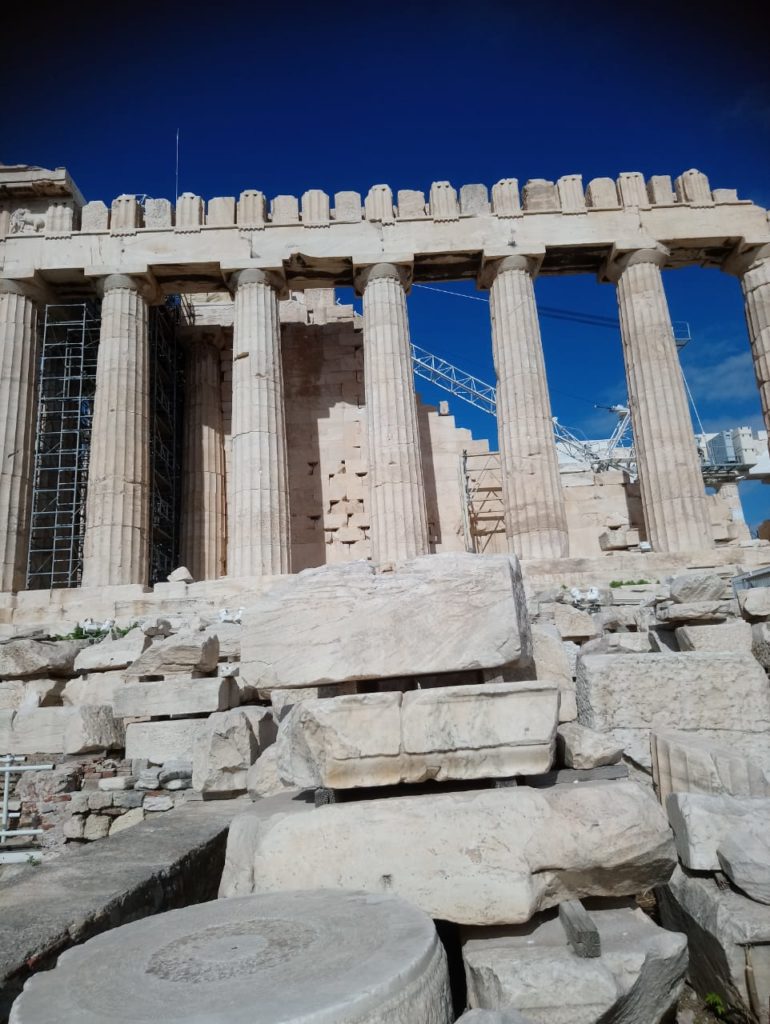 The sights in the city are numerous but you need to start off from the famous landmark of Greece – The Parthenon on the Acropolis hill.

If you’re just passing through Athens, that is one place you just can’t miss visiting.  Walk along and up Dionysiou Areopagytou street – paved and not supposed to be used by cars, however, be on your guard for the occasional driver who just disregards such “petty” road signs.  This is one thing you should bear in mind – some drivers will not respect pedestrian crossings or paved pedestrian roads.

It is a cultural issue – perhaps attractive to some but not to all.  See it with humor or else you’ll be constantly disappointed.

So, enjoy your first day and remember to take as many photos as you possibly can!