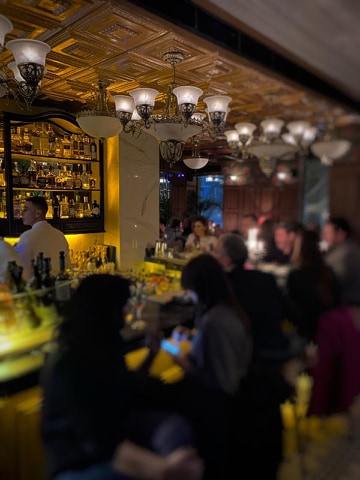 Until the 1890s this neighbourhood, which is just a block to the west of Vasilis Sophia’s Avenue downtown, used to be nothing but a massive dirt area.

In the early 1900s the people of Athens decided to plant it with trees.  There was an aqueduct or water reservoir, there which supplied the locals with water.

At the aqueduct, which was in what is now called Dexameni Square, there stood a stone pillar – women during that time believed it to have healing qualities.  They would tie ribbons dedicated to a family member who was ill and believed that they would be healed.  Nowadays, this is called: Mind over Matter or Positive Thinking!  However, things and people were of a more primitive nature in those days and truly believed in things like that. 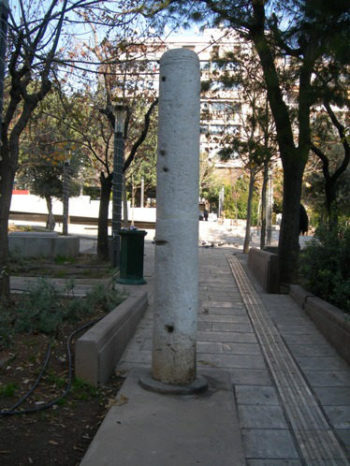 This pillar – otherwise called kolonaki in Greek – was moved to Filikis Eterias Square in 1938 where it still stands. Since then, people mostly refer to the square as Kolonaki square. It is rounded at the top and is not smooth as a pillar, thus facilitating the tying of ribbons without them slipping off.

Today, the area of Kolonaki is considered to be one of the most upscale shopping and dining areas.  Great fashion houses, designer brand boutiques and upscale restaurants can be found there.

A morning stroll in Kolonaki would be an excellent idea.  The atmosphere is a mixture of tradition and cosmopolitan all in one.  Sit at one of the cafés and enjoy a nice steaming cup of aromatic coffee.  My favourite place to sit and enjoy a nice cappuccino is Da Capo – this is one of the most historical cafes in Kolonaki.  If your hobby is people watching, you’re at the right place!

Last week I visited one of the nicest upscale French restaurants  – Brassiere Lorraine.  It was a most amazing experience!  Vintage décor, fast and friendly service and when our meal arrived, we had not expected anything less; it was scrumptious and beautifully presented.

There was soft live music which greatly complemented our exquisite surroundings and added to the perfect atmosphere. 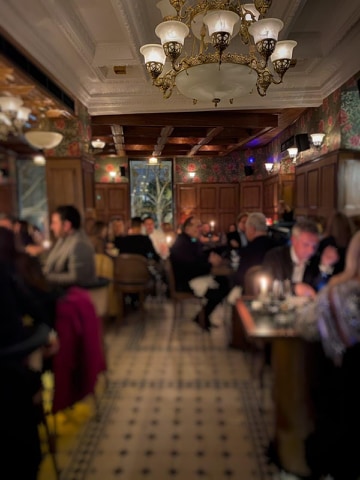 If you’re up to a nice drink or an outstanding dining experience, that’s the place to visit.  Many people sat at the bar enjoying a drink before they settled at their table and even though this is not a large restaurant but a nice cozy one, it didn’t feel at all crowded despite the full house.